Strictly Come Dancing star John Whaite has admitted that the intense training for the show has started to get to him, after he and professional partner Johannes Radebe had their first row.During a joint interview on Tuesday’s edition of Steph’s Packed Lunch, the two happily regaled presenter Steph McGovern with stories from rehearsals so far, and the fun they’ve been having behind the scenes.However, when the presenter quizzed her resident chef and his dancer partner about whether that meant there’d been “no rows yet”, they admitted there had been a small disagreement.“We’ve had a little…” John responded, while Johannes added: “We’ve had… we’ve had…”“I cried, didn’t I?” the former Great British Bake Off winner then offered, explaining that Johannes was “just being too nice” during one of their rehearsals.John recalled: “I said, ‘Johannes, I’m not getting it, so can you please talk me through the steps [and] be horrible to me, and I’ll get it?’. And he was like, ‘no darling, I don’t do that’.“And then I started crying, saying, ‘I need you to push me around a bit, I need you to bully me!’. And he wouldn’t!”John noted that at that point, his fiancé Paul (“my other husband”) took him for a walk, after which he “came back and gave Johannes a big cuddle, and cried on his shoulder, a really ugly cry”.Johannes and John are about to make history as the first-ever pairing made up of two men to compete in Strictly at the weekend.“I’ve been championing this all my life,” Johannes explained, when Steph asked what it meant to dance with a man on the show. “For the fact the moment is here now… It’s been lovely.“I saw Nicola [Adams] and Katya [Jones] do it last year and was like ‘yay’, so when it came round I knew I would love to be a part of it. So when John said, ‘I want to do this’... and proudly so, I was like, ‘this is my guy. It has to be him, it has to be me and him’.”Looking ahead to the weekend, John added: “I’ll be clinging onto this one for dear life.“I think that was the biggest shock – he’s been spinning around all these women all his life and he’s now got a 15 and a half stone lad.“When he first spun me round, I almost pulled him over. I’ve stood on his toes, he’s got nail marks in his back from spinning…”The first of this year’s Strictly live shows airs on BBC One on Saturday night, while Steph’s Packed Lunch is shown every weekday at 12.30pm on Channel 4.MORE STRICTLY:Mel C’s Dance Floor Debut On The US Version Of Strictly Is A Spicy TreatStrictly Spokesperson Addresses Reports Of Behind-The-Scenes Vaccine DramaEmma Thompson Had The Sauciest Response After Being Asked About The Strictly Curse haber ile ilgili daha fazla detay okumak için, more news John Whaite Opens Up About His And Johannes Radebe's First Strictly Come Dancing Row

Broadway And Beyond: Starring In Off-Broadway Opera ‘Intimate... 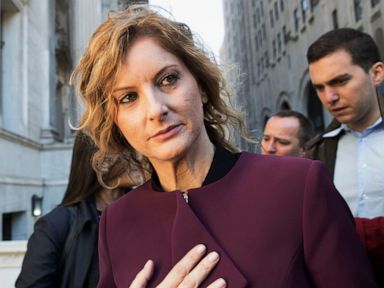 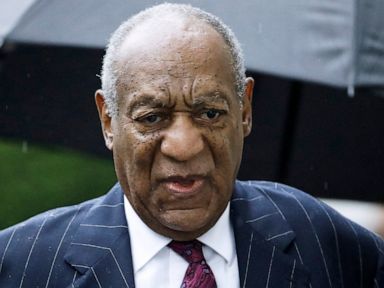 Woman testifies Cosby forcibly kissed her when she was 14